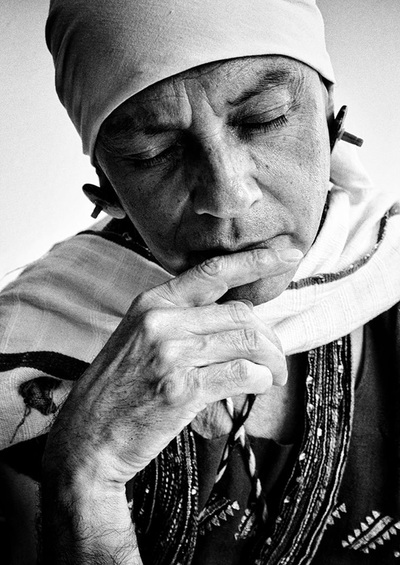 Luis Pérez was born in Mexico City on July 11, 1951 and since 1971
he has dedicated much of his life to the research of pre-Columbian musical instruments.

His continuing research has caused him to travel throughout most of Mexico in order to
study  the living musical traditions of the indigenous people of Mexico and learn directly
from the living sources while collecting samples of musical instruments, music and songs
of different native speakers including:
Comcaàc,
Maya,
Nahuatl,
Raramuri, [Tarahumara]
[Seri] Mazateco
Yoemem, [Yaqui]
Wixaàrika. [Huichol]
(While many others have been inspired by his countless recordings, and concert
presentations and followed in his wake,  they do not have the practical experience
of living with and learning from the indigenous over a 35 year period.)

His collection of native indigenous Mexican instruments including archaeological artifacts,
ranges in the hundreds and is representative of the different cultural groups in the area known
as Mesoamerica, some dating back more than 2,0000 years.

His early work while still in Mexico, (from 1976 to 1977) was a mixture of sounds from
his vast array  of pre-columbian and ethnographic wind and percussion instruments which
he managed to blend with electronic devices including: tape based delay units and analog
synthesizers.

In 1981 the Mexican government became interested in his work and sponsored
the production of what came to be the first recording of indigenous instruments
of Mexico by Luis entitled: 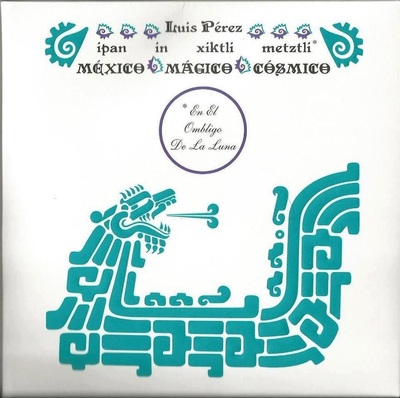 it is now on YOUTUBE and has been listened to 85,000
times since it was uploaded Septrmber 2012

This impact of the recording and subsequent performances among media/ethnomusicologists
and audiences alike and established Luis Pérez as a precursor in this field followed by a new
generation of Mexican musicians, many continuing to follow in his footsteps.

Various excerpts of the recording were used continuously for radio and television soundtracks
throughout Mexico and new works were commissioned for numerous radio programs on topics
related to ancient and modern Mexican culture through the two educational radio stations in Mexico
City including
"Radio Educación and Radio Universidad".
and
"Programa Nacional de Castellanizacion"
a national program designed by the Ministry of Education in Mexico City,
[Secretaría de Educación Pública]
to help teach Spanish to ethnic groups who only spoke indigenous languages.

Additional works were also commissioned by different government
institutions in Mexico City including:
INAH, [National Institute of Anthropology and History]
SEP, [Ministry for Public Education]
UNAM, [National University Autonomous of Mexico]
Radio Educacion y Radio Universidad. Instituto and Nacional de Bellas Artes,
[Fine Arts National Institute] among others.
INAH, created a video showing the reading of Codice Mendoza, page...
the founding of Tenochtitlan the video was used throughout Mexico in universities,
lectures as well as being shown on educational television. 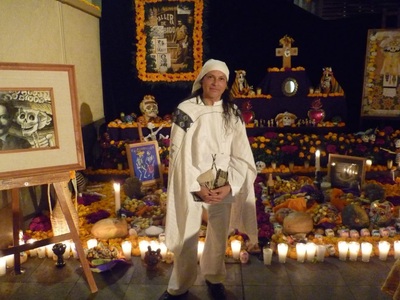 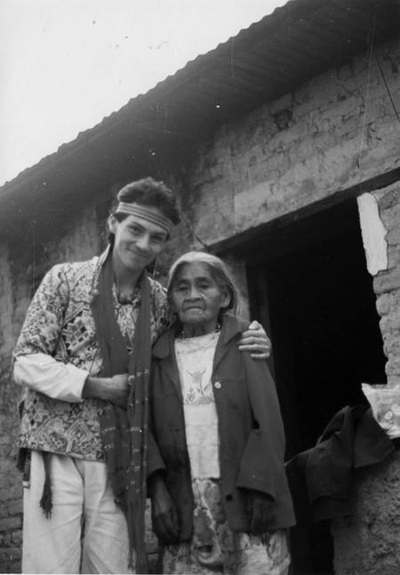 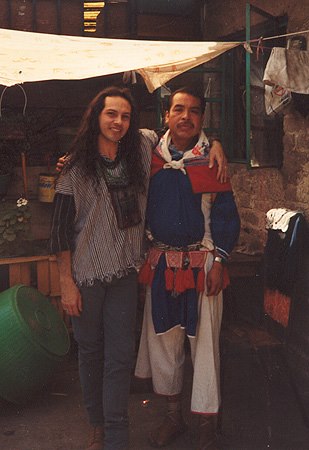 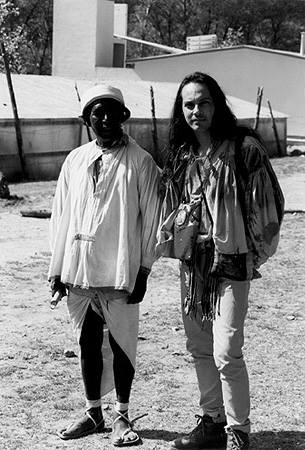 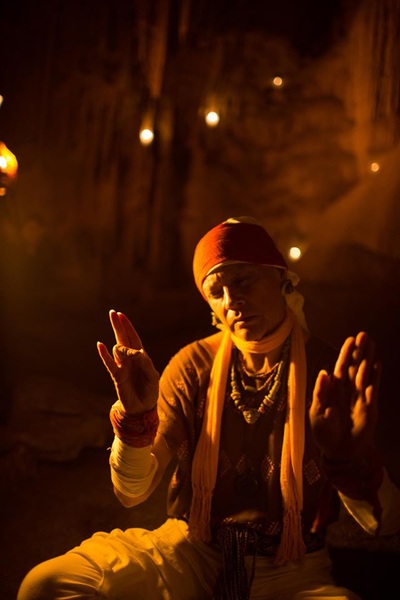 In 1981 his work was heard and described as
"perhaps the ultimate fusion of ethnic and modern music, a stunning
effect as the two different styles merge superbly into a mystical musical tapestry".
Music and Second Culture Post Millennium
Luis simply called it:
Musica Experimental Mexicana.

In 1982, the Mexican consulate in Los Angeles sent an invitation through the Ministry of Cultural Affairs
and ISSSTE,  the same institution that published Ipan In Xiktli Metztli in Mexico for Luis to participate at
the "First Symposium of Music  of Mexico" where his works were performed at Schoenberg Hall and his
collection of instruments were put on display in the department of ethnomusicology.
This event was supported and coordinated by UCLA, the Mexican Consulate, ISSTE,
INAH and the Ministry of Cultural Affairs.

In 1987 Luis Pérez moved to North America in 1987 where he continues to explore the realm
of pre-Columbian mythology, instrument preservation and the musical traditions among the indigenous
groups of Mexico. Perez blends wind and percussion instruments in a contemporary setting to create
a style of music that goes beyond the boundaries of folklorism, highlighting musical components of
traditional and modern Mexican culture.

In 2013, 32 years after his work was first published, and made available to the public,
the Mexican government honored Luis with a homage  by inducting his work to the
Archives of Mexican Music in the Fonoteca Nacional de Mexico.